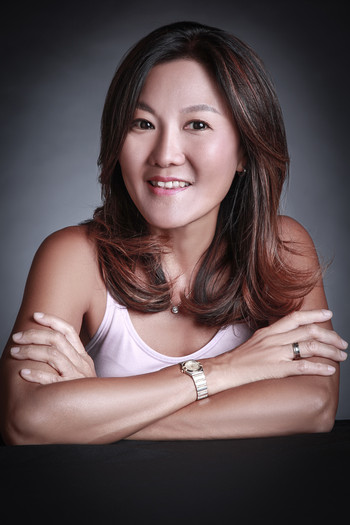 “To take photographs means to recognize - simultaneously and within a fraction of a second - both the fact itself and the rigorous organization of visually perceived forms that give it meaning. It is putting one's head, one's eye and one's heart on the same axis.” -  Henri Cartier-Bresson

I am not a professional photographer, and by that I mean Photography is not my paid occupation. It is, however, my passion.

I grew up in a family who relied on Photography as a source of income. My late parents owned a photography shop in a rural town in Malaysia. My father would travel to villages to take photographs of people, and developed the film himself in a little darkroom at the back of our shop. As soon as I was able to sit on my own, I was allowed to accompany him while he worked in this “Magic Room”.

I remember feeling absolutely fascinated when faces miraculously appeared on the pieces of paper my father had soaked in some foul-smelling chemical. He, in turn, took pleasure in my pure delight and thousands of questions.

As one who was brought up in such an environment, you might say that Photography is in my blood.

I hold a degree in Law and Music from a British university, and have practised as an Advocate and Solicitor for 16 years in Malaysia, before ceasing work and moving to England. My husband and I currently reside in a scenic little village in West Yorkshire, one of the most beautiful parts of the country.

Having been trained extensively to have an analytical mind in both the mediums I had studied, it has subconsciously become ingrained in my personality. It is a trait I often use in my Photography.

Although many of the images here may seem to have been captured spontaneously, in actual fact, a lot would have happened before they were taken. The quote above, by my favourite photographer, Henri Cartier-Bresson, sums it all up for me. In those few seconds before I clicked my camera, I would have used my head, my eyes and most importantly, my heart, in making decisions on how and when to freeze those crucial moments, and turn them into lasting memories…

This website is created to showcase some of these memories. I have also published a book called "Stories & Souls." It is an exquisitely designed coffee-table book which contains images of the many faces I photographed during my travels around the world. Each of these images is accompanied by a behind-the-scene story of how, where and when they were captured.

If you are interested in purchasing a copy of it, you can order it online through the "Book" link on my Homepage here.It can be shipped worldwide.

For now, I invite you to journey with me through my images...